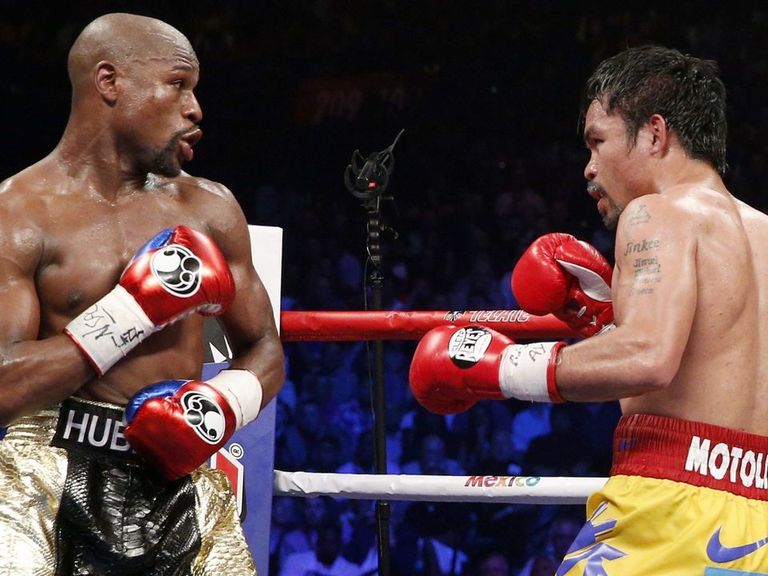 Had they faced each other in their prime, Oscar De La Hoya believes Manny Pacquaio would have made quick work of Floyd Mayweather Jr. The two fought on May 2, 2015, with Mayweather defeating Pacquaio by unanimous decision. However, De La Hoya told Mark Giongco‎ of the Philippine Daily Inquirer the result would've been "a lot different" if the match happened earlier. "Pacquiao would have beaten him easily. In their prime? Absolutely," De La Hoya said. When asked if he would want to see Pacquiao fight Mayweather again, De La Hoya replied, "I hope not.""Because Manny's not the same," he...
[Source: www.thescore.com] [ Comments ] [See why this is trending]