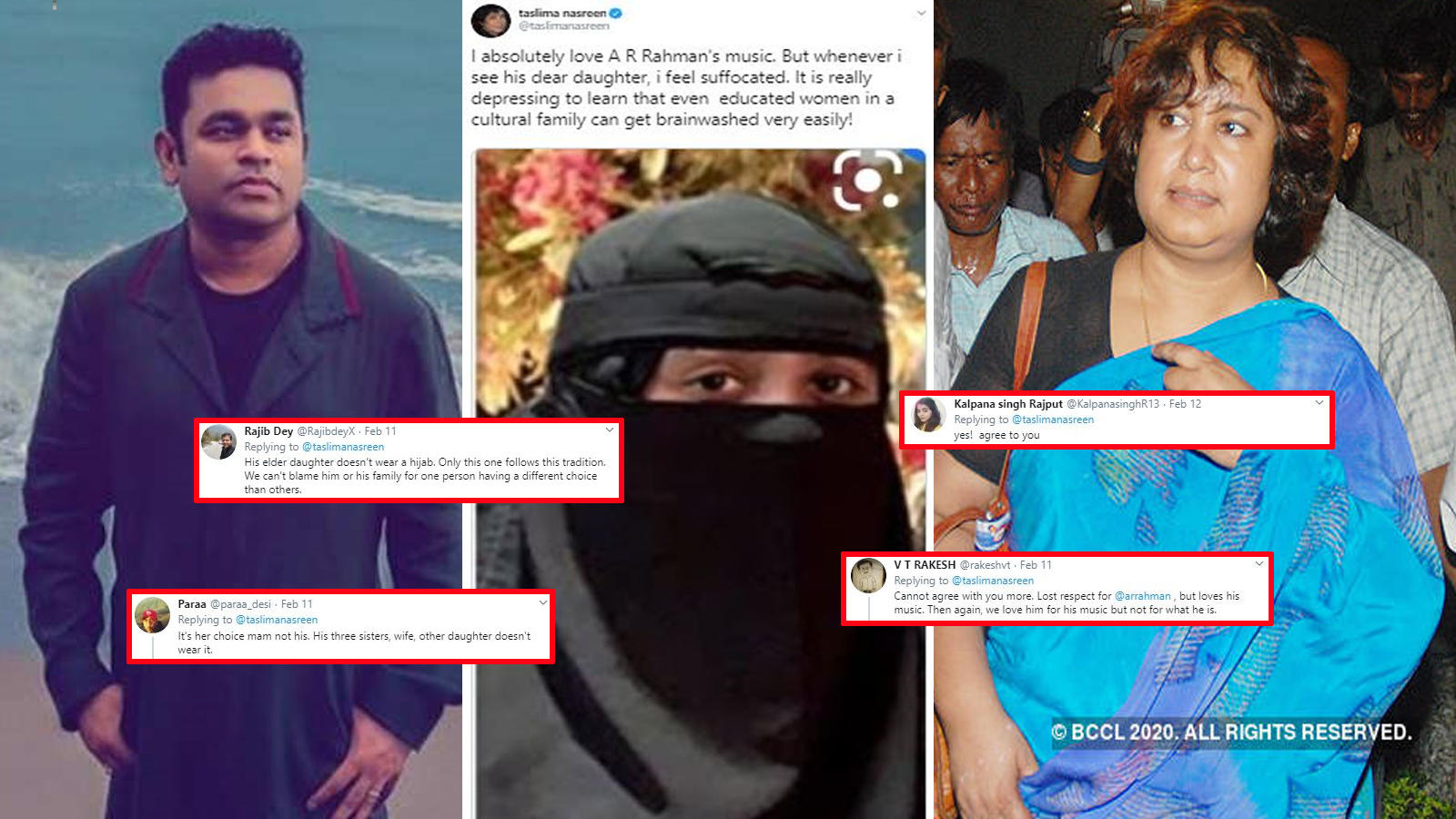 Academy Award-winning music composer A R Rahman, who rules over many hearts all over the world, is in the news but this time for a different reason. Recently, writer Taslima Nasreen tweeted a picture of Rahman's daughter clad in a burqa and wrote that she loves A R Rahman's music, but whenever she sees his daughter, she feels suffocated. Taslima further wrote, 'It is really depressing to learn that even educated women in a cultural family can get brainwashed very easily!' Soon after, a debate stirred on Twitter. While many agreed with Taslima that they love Rahman for his music...
[Source: timesofindia.indiatimes.com] [ Comments ] [See why this is trending]